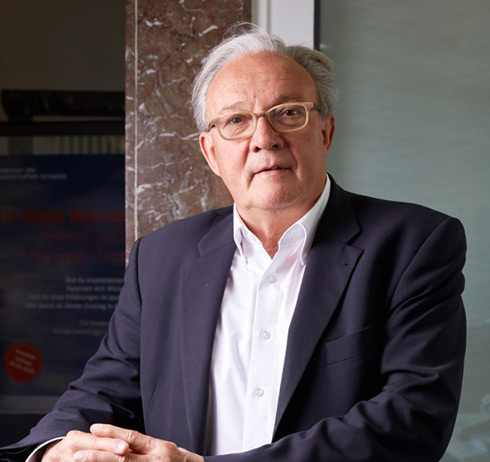 Professor Emeritus of Epidemiology and Parasitology at the University of Basel

Marcel Tanner studied medical parasitology at the Swiss Tropical Institute in Basel. His dissertation focused on the pathogens of African sleeping sickness. In 1979, he traveled to Cameroon to develop antigens for better diagnostics against African river blindness. In 1981, he took over as director of the Swiss Tropical Institute Field Laboratory (STIFL) in Ifakara Tanzania. He consistently implemented research programs with and for the local population. In 1984, he completed a Masters in Public Health at the London School for Hygiene and Tropical Medicine. He became Head of Department "Public Health and Epidemiology" at the Tropical Institute in Basel and was appointed Director in 1997. Under his leadership, the Tropical Institute rose to become a world-renowned institute of global health, with up to 800 experts from a wide range of disciplines. Tanner is the author of over 700 original papers, 51 book chapters, over 400 short reports, and numerous evaluation reports for governments and international organizations.